This week, Zayne Akyol came to Assumption College’s “Women of the World” class to discuss the movie she produced Gulistan, Land of Roses.

Akyol tells students the hard times she faced after making the movie. “I can’t even return back to Turkey” she said.

Akyol was burn in Turkey, in the Kurdish lifestyle. In Turkey, she said the Kurdish culture is looked down upon and the Kurdish people are somewhat oppressed. “We are not treated the same as everyone else in Turkey and it’s obvious.”

This idea of oppression gave a push forward for Akyol and her creative thinking. Akyol moved to Montreal, Canada and got a new life but never forgot about her old one. “I never forgot about my past but there was nothing left in Turkey for me so I moved on”.

She never forgot when she left what was going on in Turkey so she decided she was going to do something about it. She decided to focus her creative thinking on producing and one idea that captured her mind was to make a movie about the Kurdish PKK women fighters movement. It is a group of female fighters, who live in the woods and fight for their Kurdish community against ISIS in Syria and Iraq.

Professor Dona Kercher invited her to Assumption College because she felt it was a “good story and a strong example of a woman in a different country, her movie is exclusive also thought it would be a good idea to show it”

After making the movie Akyol talked about how she can not ever go back to Turkey.

“If I go back to Turkey I’d automatically get jailed, tortured, or who knows what the Turkish government would do.” She said.

All of her mother’s side of her family still lives in Turkey, and she will never be able to go there and see them again.

“Yeah it does hurt, but me getting the message out there, and me having the support from my family means way more to me than anything else” she finished.

Her movie Gulistan, Land of Roses can be found online at http://www.NFB.ca go take a look! 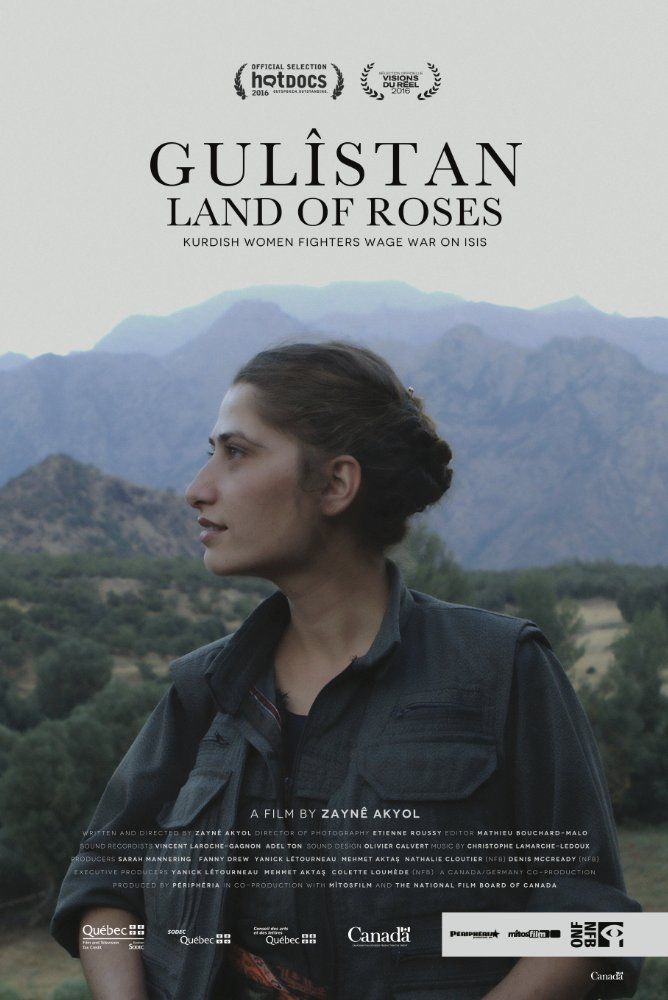